Aria explores an archetypal Canadian landscape—Banff National Park—with canine collaborators Tom and Sugi. The story builds towards the central event of Tom singing an aria, an expression of his emotional connection to the natural environment.

The aria, as an operatic form, has its origins in 18th century Italian music, and is defined as a long accompanied song by a solo voice. The form recalls historical romanticism that emphasizes individual subjectivity. In Aria, human subjectivity is disrupted through the voice of a canine. The project uses the musical structure of call and response to depict Tom’s curiosity, excitement and joy in relation to the river, meadows, ponds, and forests of the park. The soundtrack is constructed solely from Tom’s voice and from field recordings in the Park’s locations.

Interspecies collaborative methods were used in the project’s processes, and this determined the narrative structure. While on-site, the dogs decided how they would perform in each location. In the editing stage, each clip was evaluated for its narrative potential, and then compiled into an emergent narrative. 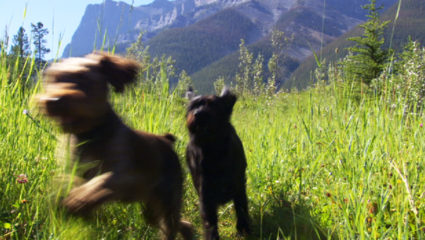 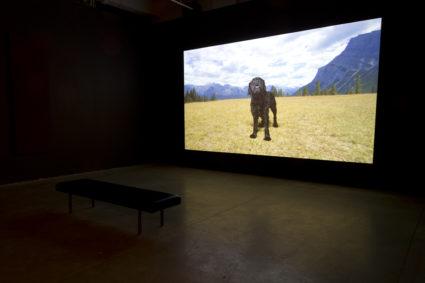