The Screen Tests are a pair of videos of canine collaborators, Tom and Sugi. The title quotes the series of films by Andy Warhol depicting close-up living portraits of his friends. As in Warhol’s works, the Screen Tests are slow-motion studies detailing minute changes of expression, and the subject’s self-consciousness in front of the camera. Each Screen Test provides a view of interspecies intimacy through the gaze of the canine looking back at the human. The viewer has an opportunity to witness the subtleties of dog perceptual sense. Each dog’s extreme concentration and steadfast observation returns the viewer’s similar attention. 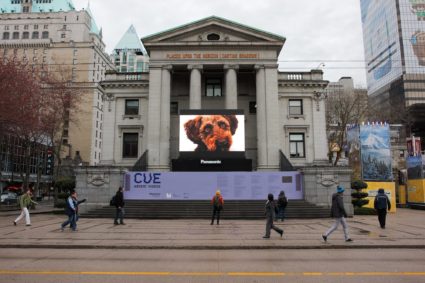